When speaking of the origin of certain songs they have composed or have sung, Garifuna elders often speak of being "given" a song. When they sing the songs they were inspired to sing, they would say, "I am singing it the way it was given to me." Such a statement acknowledges the source of inspiration and accepts such inspiration as a gift. The normal practice thereafter is for that gift to be shared with others. The given songs are sung at gatherings and are taught to others. In this way, such a precious gift is not selfishly hoarded but instead is gladly given to others for longevity. In the sharing, the gift, the song is given eternal life.
Posted by Ifasina Efunyemi Adediran at 9:15:00 PM
Email ThisBlogThis!Share to TwitterShare to FacebookShare to Pinterest 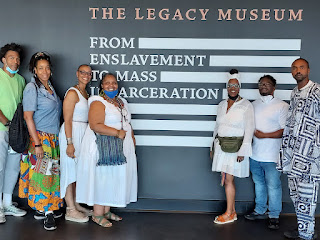